The first definite step in the formation of the Board was taken on December 12th 1916, when a letter was sent to the Secretary of the Montreal Board of Trade. It read:

Dear Sir, We the undersigned members of the Montreal Board of Trade are desirous of associating ourselves under the name “The Canadian Board of Marine Underwriters” as a branch Association of the Board as provided for under By-Law No. 40 and we beg to enclose Draft Constitution and By-Laws for the Approval of the Council.

Approval was readily granted by the Board of Trade and the first General meeting was held on Monday, March 12th 1917, and that day may be considered as the official birthday of the CBMU.

At this meeting the Constitution and my-laws were unanimously approved.

The only other business was the election of the following officers:

Mr. Miekle became President of the Western Assurance Company in 1917. He was not a marine insurance man but a tireless organizer and one can only surmise he was elected to be the first President of the CBMU in recognition of his work and inspiration which led to the formation of the Board. It is probable he was prompted by his friend Mr. Douglas Cox in New York who was active in the National Board of Marine Underwriters in that city.

Mr. Dale came to Canada in 1901 from Sedwick Collins & Co in London and founded the well-known firm of Dale & Co. underwriting brokers.

Mr. Charlton was an independent surveyor who also had a loose tie with the Western. He maintained his own office. He was an ardent YMCA worker and shortly after the formation of the Board, he went to France with the YMCA to render service to the Canadian troops serving in the Great War as it was then known. Mr. Charlton played an important part of the early years of the CBMU.

About the Executive Committee

Mr. Jas L. McCulloch came to Canada from the Thames & Mersey in Liverpool and joined the Board of Dale & Co. Later he and a young man named Dick Capper left Dale & Co to setup as Jas. L. McCulloch & Co which in later years became Capper & Jaques

Mr. Robert Bickerdike was the Province of Quebec manager for the Western Assurance Company. He was also a member of parliament where he campaigned vigorously for the abolition of capital punishment. Bickerdike pier in Montreal commemorates his marine activities in that city. He was also instrumental in arranging the fruitful meeting of 1901 with Sir Wilfrid Laurier: 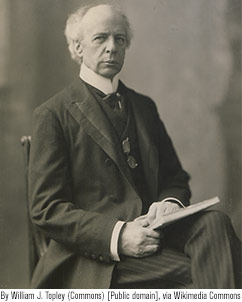 In 1901, the Montreal Marine Underwriter’s Association (the forerunner to the CBMU) had taken a meeting with Sir Wilfrid Laurier and some of his ministers to discuss the dated navigation aids on the St-Lawrence Seaway.  It was determined that those dated navigational aids had caused many casualties and resulted in Montreal losing the Johnson Line and part of the Thomson Line which concurrently resulted in increased insurance premiums.  Later that year, a meeting between shipping interests, the Montreal Marine Underwriter’s association and Sir Wilfrid Laurier took place at the Windsor hotel in Montreal at which the Prime Minister agreed to a government subsidy of $5,000 per annum to maintain a salvage vessel in a constant state to readiness at Davie’s shipyard in Quebec to help minimize casualties.

Mr. William Cairns was principle of Wm. Cairns Ltd underwriting brokers in Montreal. He passed away before the annual meeting of the Board and was replaced by his son Mr. Morris Cairns.

And so… this is how it all started